Foods That Can Help Protect and Improve Your Eyesight

By Dr. Mercola
From Mercola.com 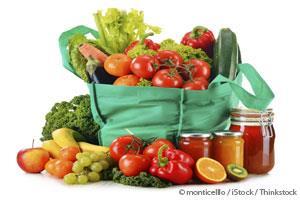 Failing vision is often accepted as a natural part of aging, but it’s really more of a side effect of our modern lifestyle. Aging does not automatically equate to decreased vision, provided you’ve properly nourished your eyes through the years.

Age-related macular degeneration (AMD) is the most common cause of blindness among the elderly, followed by cataracts. The pathology of both of these conditions has been attributed to free radical damage, and the condition is in many cases largely preventable through an antioxidant-rich diet.

Certain health conditions, such as obesity and diabetes, can also have a detrimental impact on your eyesight, and these too are primarily lifestyle-driven. Here, I’ll review specific foods known to support and promote eye health, along with a few additional tips for protecting your vision as you grow older.

Black Currant—A Notch Above the Rest

When it comes to whole foods that nourish your eyes, black currant appears to be a cut above the rest. Research has found that black currants are far more powerful than lutein, zeaxanthin, or bilberry—all of which have are known to support eye health.

Black currants1 contain some of the highest levels of anthocyanins found in nature—approximately 190-270 milligrams per 100 grams—which is far more than that found in bilberries. They’re also rich in essential fatty acids, lending added support to their anti-inflammatory properties.

Anthocyanins are flavonoids, and the health benefits of these antioxidants are extensive. As discussed in one 2004 scientific paper:2

For medicinal purposes, many opt for using black currant seed oil, which is available in capsule form. But eating the whole food is always an option, especially when they’re in season.

Growing your own black currants is one way to get them while they’re fresh, especially since they tend to be on the expensive side. According to the British Royal Horticultural Society (RHS),3 one bush will typically yield about 10 pounds (4.5 kilos) of black currant berries. The RHS site contains helpful tips and instructional videos for proper planting and harvesting.

Bilberry,4 a close relative of the blueberry, is another nutritional powerhouse for your eyes. Its nearly black berries also contain high amounts of anthocyanins, just like the black currant.

Contrary to black currant, bilberries tend to be difficult to grow and cultivate, and are typically collected from areas where they grow in the wild. Many of the forest areas around northern and central Europe are known for their bilberry patches, where people pick them each year.

Research suggests that bilberry may be of particular benefit for inhibiting or reversing macular degeneration. A 2005 study in the journal Advances in Gerontology5 found that rats with early senile cataract and macular degeneration who received 20 mg of bilberry extract per kilo of body weight suffered no impairment of their lens and retina, while 70 percent of the control group suffered degeneration over the three month-long study. According to the authors:

“The results suggest that… long-term supplementation with bilberry extract is effective in prevention of macular degeneration and cataract.”

Kale and Other Leafy Greens to the Rescue

Though there’s no recommended daily intake for lutein and zeaxanthin, studies have found health benefits for lutein at a dose of 10 mg per day, and at 2 mg/day for zeaxanthin. Studies also suggest that dietary intake of approximately 6-20 mg lutein daily may be necessary for adequate eye health support.

Both lutein and zeaxanthin are primarily found in green leafy vegetables, although zeaxanthin is far scarcer than lutein. Kale and spinach are two of the most lutein-rich foods, but you’ll also find it in carrots, squash, and other orange and yellow fruits and vegetables.

Both lutein and zeaxanthin are carotenoids called xanthophylls, which give plants and vegetables their yellow-orange color, and the name “lutein” comes from the Latin word “luteus,” which means “yellow.” If you remember this, it may help you pick out vegetables that are likely to contain higher amounts of these two nutrients.

According to one 1998 study in the British Journal of Ophthalmology ,7 orange pepper had the highest amount of zeaxanthin of the 33 fruits and vegetables tested. Egg yolk is another source of both lutein and zeaxanthin that is well absorbed by your body. According to the authors:

Following is a list of lutein-rich foods. Kale is a clear forerunner, with spinach in close second. Most of these also contain zeaxanthin, albeit in lesser quantities than lutein. Keep in mind that in order to receive all the benefits of the nutrients found in these foods, you need to consume them as close to raw as possible. Once you heat spinach or egg yolks, for example, the lutein and zeaxanthin become damaged, and will not perform as well in preventing degeneration of your macula. Accessory micronutrients in the foods that enhance their action will also be damaged.

One of the best ways to take advantage of these nutrients is by eating raw egg yolks. There is about 0.25 mg each of lutein and zeaxanthin in one egg yolk, and while this is lower than many of the vegetables, it’s in a highly absorbable, nearly ideal form. Just keep in mind that when you eat eggs raw, finding a high-quality source becomes critically important, as factory farmed eggs are far more prone to cause foodborne illness. Making sure your eggs are from organically-raised and pastured hens will dramatically reduce such risks. Free-range eggs also contain higher levels of nutrients overall. It is also important to note that lutein is an oil-soluble nutrient, so if you eat the vegetables without some oil or butter your body can’t absorb the lutein. Adding a little bit of healthy fat, such as olive oil, coconut oil, or raw organic butter, will maximize your lutein absorption.

Without fats such as omega-3, your cells cannot function properly, and this applies to your eyes as well. Fish has always been an ideal source of omega-3 fats EPA and DHA, but in recent years, most fish have become too contaminated by environmental pollution to be safely eaten in large quantities on a regular basis. When choosing fish, it’s critical to understand that while fish have significant health benefits, it’s important to select fish that are low in mercury contamination. Wild-caught Alaskan salmon fits the bill, as it’s very high in healthful fats such as omega-3s, and low in mercury.

The omega-3 fat DHA is concentrated in your eye’s retina. It provides structural support to cell membranes that boost eye health and protect retinal function, and research suggests eating more foods rich in these fats may slow macular degeneration. For example, research has shown that:

Wild-caught salmon also contains another nutrient that can do “wonders” for your eye health, namely astaxanthin. Astaxanthin is produced only by the microalgae Haematococcus pluvialis when its water supply dries up, forcing it to protect itself from ultraviolet radiation. It’s the algae’s survival mechanism—astaxanthin serves as a “force field” to protect the algae from lack of nutrition and/or intense sunlight. There are only two main sources of astaxanthin: the microalgae that produce it, and the sea creatures that consume the algae (such as salmon, shellfish, and krill).

Compelling evidence suggests this potent antioxidant may be among the most important nutrients for the prevention of blindness. It’s a much more powerful antioxidant than both lutein and zeaxanthin, and has been found to have protective benefits against a number of eye-related problems, including:

Dr. Mark Tso11 of the Wilmer Eye Institute at Johns Hopkins University has demonstrated that astaxanthin easily crosses into the tissues of your eye and exerts its effects safely and with more potency than any of the other carotenoids, without adverse reactions. Specifically, Dr. Tso determined astaxanthin could help ameliorate or prevent light-induced damage, photoreceptor cell damage, ganglion cell damage, and damage to the neurons of the inner retinal layers. Other researchers12, 13 have since confirmed Dr. Tso’s finding that astaxanthin is the most powerful antioxidant ever discovered for eye health, giving your eyes an additional layer of long-term protection.

As an interesting aside, I actually worked in Dr. Tso’s department at the University of IL in 1976 before medical school when I was removing eyes from cadaver donors for transplant. Depending on your individual situation, you may want to take an astaxanthin supplement. Krill oil also contains high-quality, animal-based omega-3 fat in combination with naturally-occurring astaxanthin.

Other Natural Strategies That Help Protect Your Vision

Despite what your eye doctor may say, in my opinion, there are natural, common-sense strategies you can employ to help protect your healthy vision, starting with your diet. As discussed above, certain foods are more or less necessary for optimal vision, and can go a long way toward protecting your eyesight throughout life. This includes leafy green and brightly colored vegetables, organic pastured egg yolks, black currants, bilberry, and seafood rich in omega-3s and astaxanthin while being low in mercury contamination—wild-caught Alaskan salmon topping the list of fish that meet these requirements. Besides these dietary suggestions, here are a few other lifestyle strategies that can help optimize your eye health.