September is setting in and the heat is settling down, which can only mean one thing: It’s time to get your pumpkin on!

Avoid sugar-ridden “fluffy” pumpkin drinks and starchy store-bought pumpkin products this season and instead indulge in these 10 natural, healthy pumpkin recipes! Good for the body, mind and tastebuds!

This recipe grants you all the savory pumpkin taste you could ask for, while also fueling your body with the nutritional power of ingredients like almonds, chia seeds and cinnamon.

Mixed into a luscious butter texture, these food warriors work as a team to regulate your blood sugar, satiate you, fuel your digestion with plentiful amounts of fiber and provide you with uber-healthy Omega-3s that protect you from heart disease. A pumpkin recipe that is all natural, vegan and gluten-free, this Raw Pumpkin Pie does it all: tastes incredible, provides blood sugar-stabilizing spices, satiates you with protein from the nuts and offers the proven weight-loss benefits of coconut oil (the healthy fat found in coconut oil is composed of many medium-chain fatty acids and triglycerides (MCTs), which are harder for your body to turn into stored body fat and are more likely to be burnt off than long-chain fatty acids or triglycerides).

This recipe is great for some healthy flavor on-the-go! In the fall, when you’re running around to hoedowns and corn mazes and work obligations, this handy snack will keep you going. It offers fulfilling portions of protein from the pecans, almonds and pepitas, as well as the hydrating benefits of coconut water.

Okay, so we’re throwing in one recipe with alcohol for special occasions. But the buzz you’ll get from this concoction is more likely to come from the gut-soothing powers of the ginger, plus the fiber, vitamin A and iron content of the pumpkin puree.

Finally! A tasty adult beverage without the blood-sugar-crushing, metabolic-destructive effects of sugary mixers.

It’s a muffin, but it’s pie, but it’s healthy?! This is nuts! And that’s exactly what this recipe is full of – brain-boosting walnuts, plus protein and Omega-3- packed eggs and anti-inflammatory, gluten-free coconut flour. It doesn’t get (or taste) much better than this.

‘Bout time that a healthy version of the infamous PSL sprung into your life. And this one is not packed with unhealthy refined sugar and questionable sweeteners.

Instead, we’ve got some unsweetened, non-dairy almond milk and natural sweetener stevia to compliment your steaming cup of joe. In fewer than ten minutes, you’ll have a mouth-watering PSL in your hand and a gorgeous smile on your face. Bon appétit!

Finally, a custard you can take home to Mom. This tasty treat has none of the inflammatory effects of dairy, gluten, or refined sugars – and it’s vegan-friendly!

These good-for-ya, good-tasting cookies combine the protein kick of egg whites, protein powder and almond butter to keep you satiated long after your last bite. Meanwhile, the carob supplies you with antioxidants, calcium and selenium (which is remarkable for thyroid function!), while also adding a tasty chocolatey flavor. For a festive drink on-the-go or a delicious mid-day treat, this pumpkin spice smoothie is the perfect refresher for you this autumn. Its bananas fuel you with potassium, a key electrolyte that supports healthy muscle contraction and recovery; while the spinach gives ya a healthy dose of calcium, magnesium and iron.

To use this smoothie as a meal replacement, add two scoops of vegetable-based protein powder.

Need a recipe to rocket you out of your repetitive food funk? This is the one! This smoky play-on-pumpkin is ideal for those “chili” fall nights. The dark kidney beans are full of fiber for smooth digestion and folates for heart health, while the onion and garlic ingredients contain antibacterial and antifungal benefits to support your immune system.

Nobody’s got time for colds in the fall – protect your body and time with this unique pumpkin recipe. 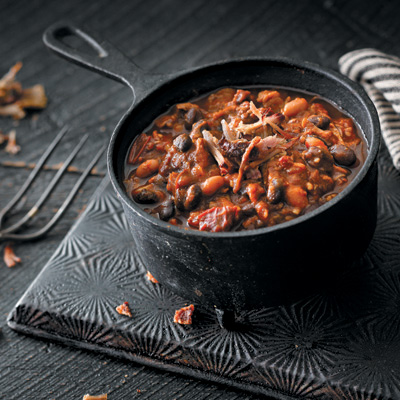 Print
Ingredients
Instructions
3.3.3077
These delicious recipes are all you need to become the pumpKING or pumpQUEEN of your kitchen. Happy fall!

Janet Early is a health enthusiast living in Los Angeles and working as a researcher for a major television company. An aspiring writer, Janet discovered her passion for wholesome nutrition and natural healing while navigating the struggles of balancing food sensitivities in a modern world. In addition to nutrition, she enjoys traveling, storytelling and embarking on daily adventures.